This Dreamy Raspberry Buttercream Frosting is perfectly light, fluffy and creamy. With an authentic raspberry flavour and gorgeous pink colour, this frosting will pair perfectly with any summer, Valentines Day or Mother’s Day dessert! 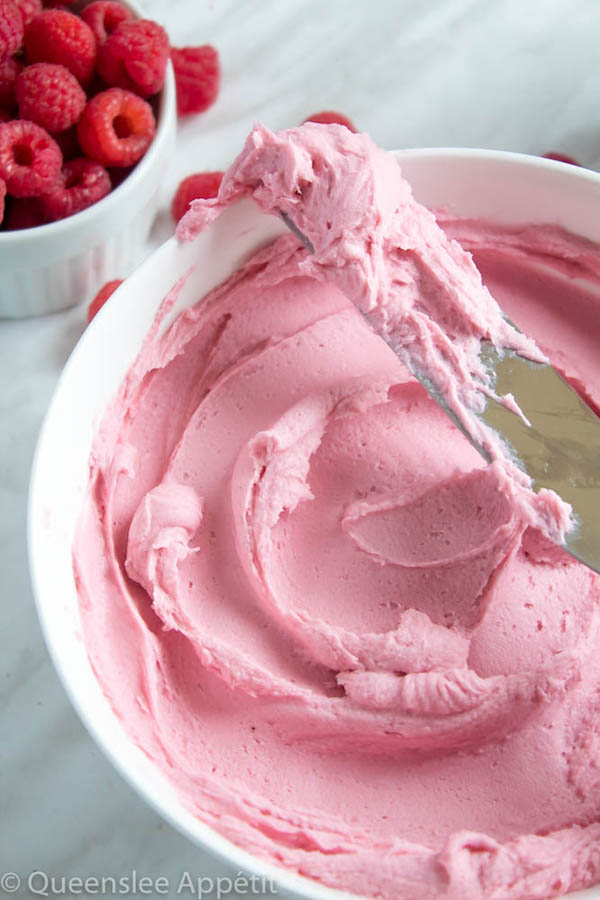 I recently shared a recipe for Homemade Raspberry Sauce, which I added to my Dreamy Vanilla Buttercream to make this delicious raspberry frosting. Both of those recipes are just the base of an even better recipe I’ll be sharing soon! But let’s not get ahead of ourselves. 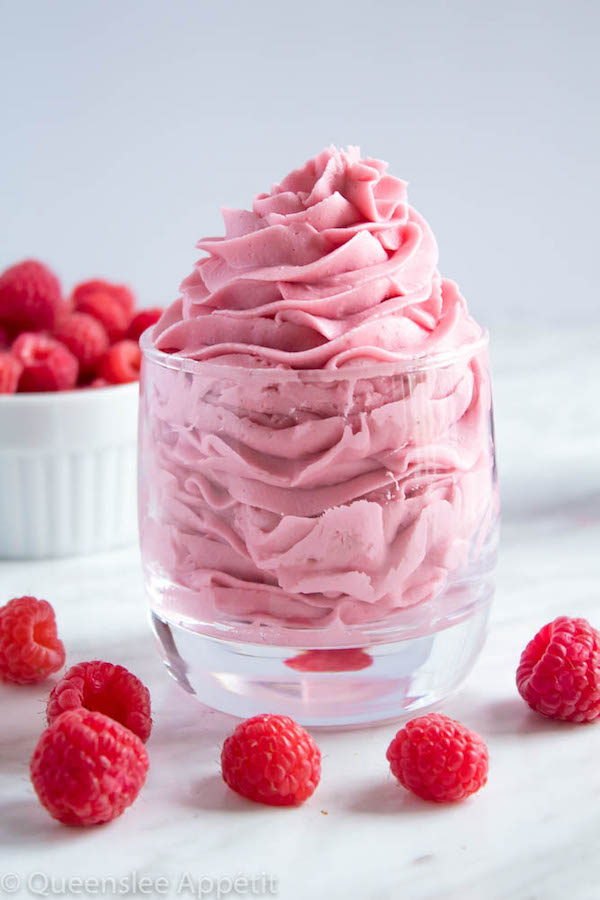 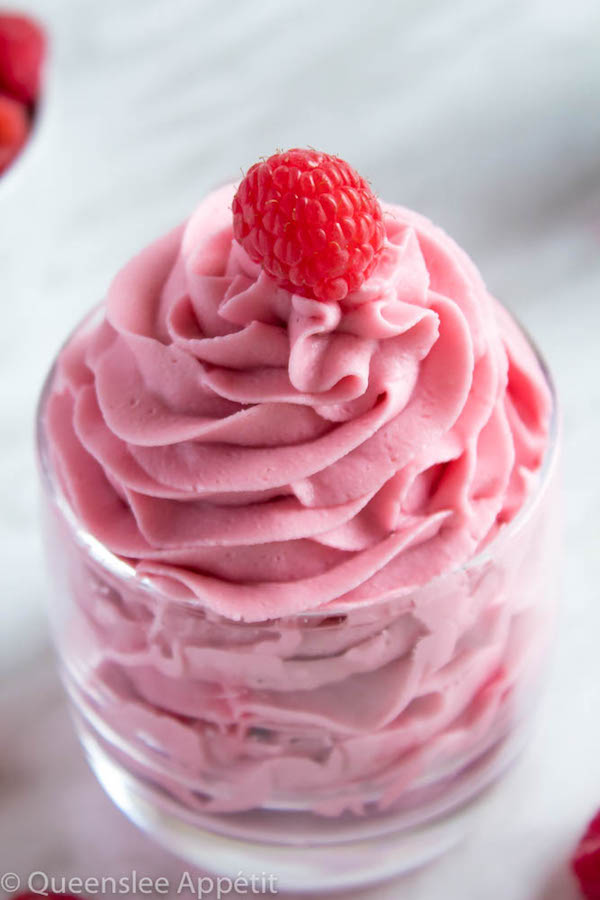 I rarely ever use the thin, watery frosting in a can, only if I’m super lazy (which is the only excuse to use it.) I just prefer homemade frosting more, and you should too! The consistency is so much fluffier, creamier, smoother and the taste is a million times more delicious! So throw the canned frosting away and let me show you how easy it is to whip up a batch of your own! 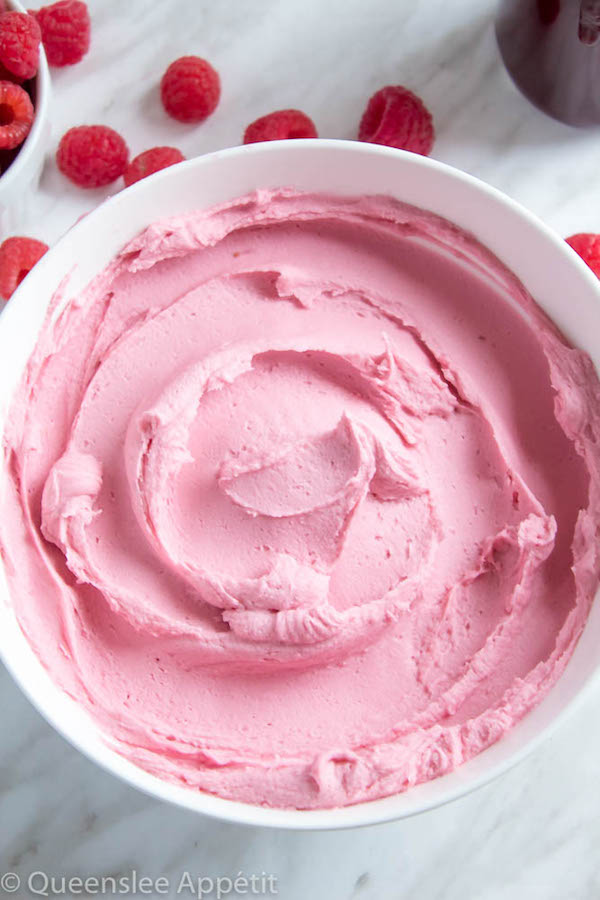 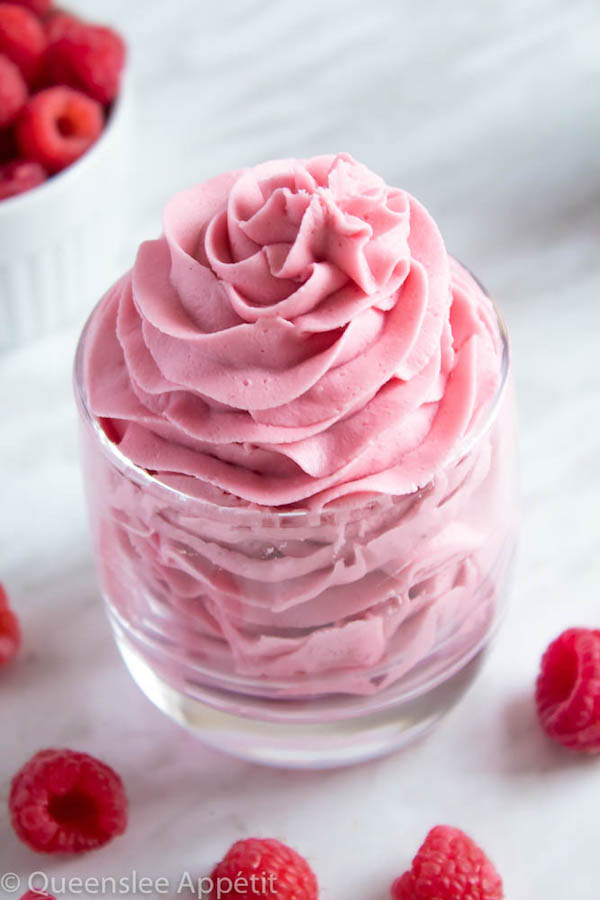 When I first wrote this recipe, I planned on adding pink food colouring because I wasn’t sure if the colour would be vibrant enough. Boy was I wrong! The raspberry sauce gave this frosting the most gorgeous pink colour so there was absolutely no need to add a single drop of food colouring! And after a few hours it becomes a beautiful deep pink colour that would look great on a ton of desserts. I’ll be using this frosting in a future recipe I’ll be sharing soon. Until then, here are a few recipes of mine you can upgrade with this lovely raspberry buttercream: 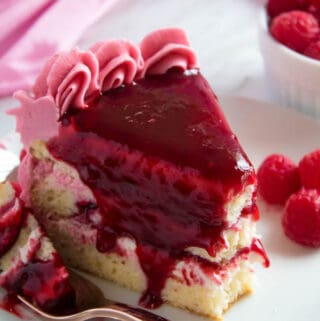 - Store frosting in an airtight container in the refrigerator for up to 2 weeks, or in the freezer for several months. Before using — allow frosting to come to room temperature, then re-whip with a stand or hand mixer until the frosting is smooth and fluffy.

- I used my Homemade Raspberry Sauce for this recipe, but since you only need ¼ cup, you can easily cut that recipe in half. You can even omit the sugar if you don’t want the frosting to be too sweet, although I didn’t find that to be a problem.

- After making the frosting, you’ll be left with extra raspberry sauce. You can use the extra sauce to mix into your yogurt, parfait, spread on toast, biscuits, scones and so much more! 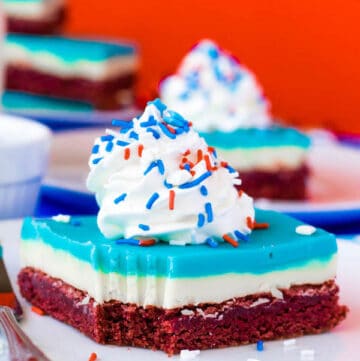 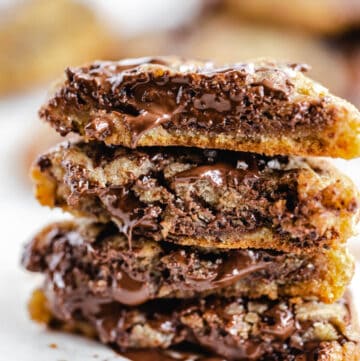 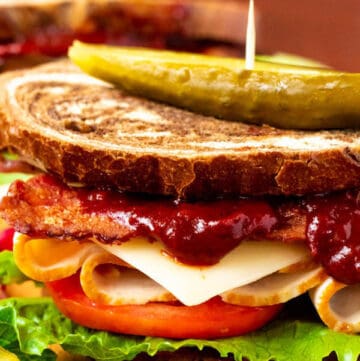 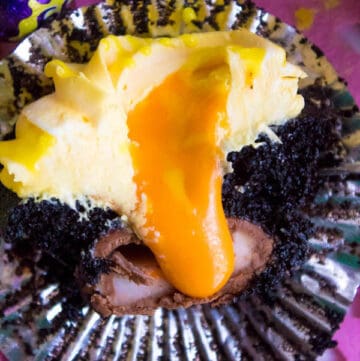