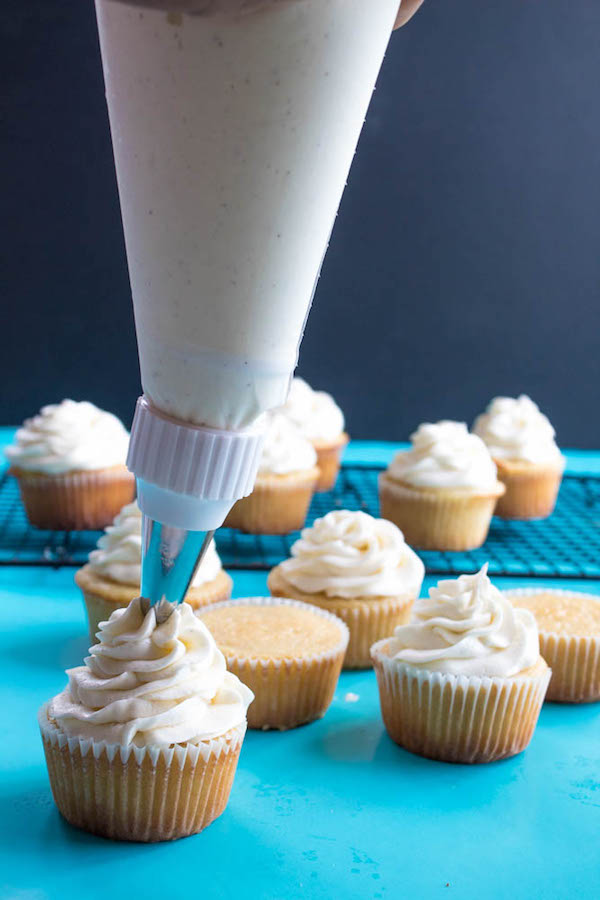 Vanilla Buttercream is incredibly simple to make from scratch and tastes much better than the cheap stuff you buy in a can. I recommend you give this recipe a try and I promise, you'll never go back to store-bought frosting ever again! 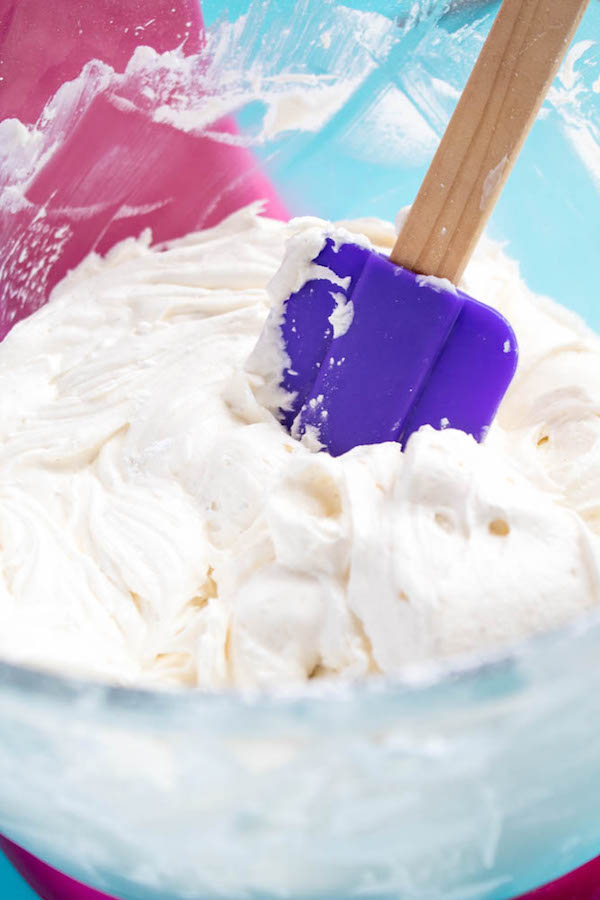 There's a lot of whipping in this recipe, which makes the buttercream look as light and fluffy as a cloud!

To get the BEST results, I recommend using a Kitchenaid Stand Mixer, especially when making a large batch because it makes it so much easier to whip up the creamiest frosting.

Now you CAN use a handheld mixer but I recommend making a smaller batch because it would be too difficult to whip up a large amount of frosting, and the whipping time would be even longer. 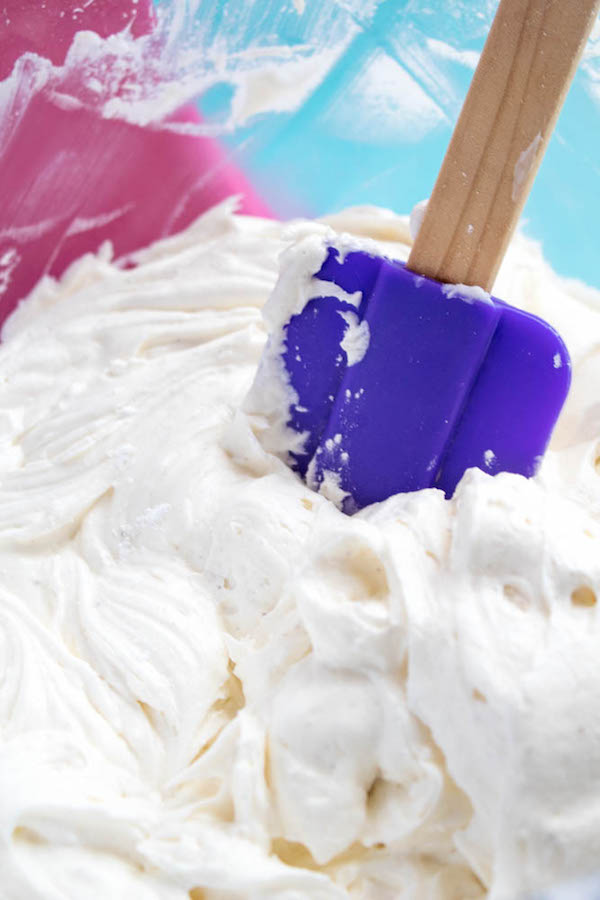 I used a mixture of butter and shortening because it creates a buttercream that is much more stable and holds its shape when piping out designs. The addition of shortening causes the buttercream to form a crust, which means it can hold up in hot weather.

I used High-ratio shortening in this recipe because it creates a smoother, less greasy buttercream and because it was designed for the purpose of making the perfect frosting!

You can use all butter if you choose, but the frosting may not be as stable. You can also use Crisco shortening, but it may leave a greasy feeling in your mouth. 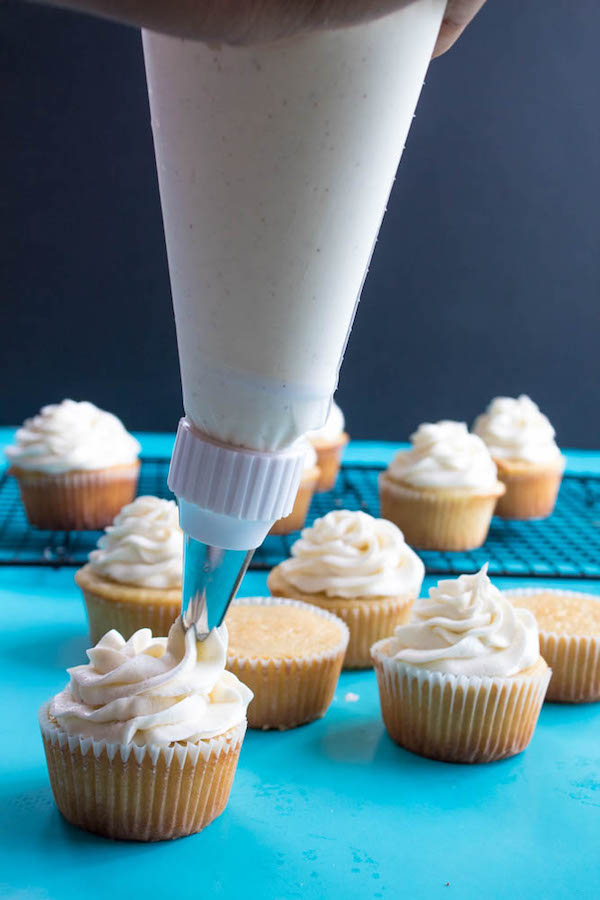 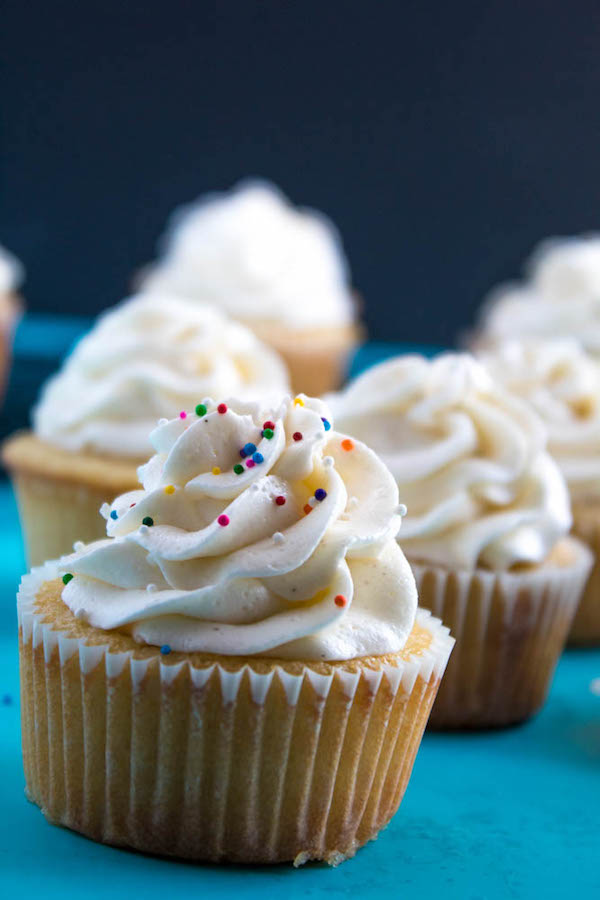 Now usually you can substitute heavy whipping cream for milk, but for this recipe the heavy cream is a MUST! The Heavy whipping cream is what makes this frosting so thick and creamy. I added not 1 tablespoon, not 2 tablespoons, but an entire ½ CUP of heavy cream to this frosting and whipped it on high speed which gave this buttercream the lightest and fluffiest texture it could ever ask for! 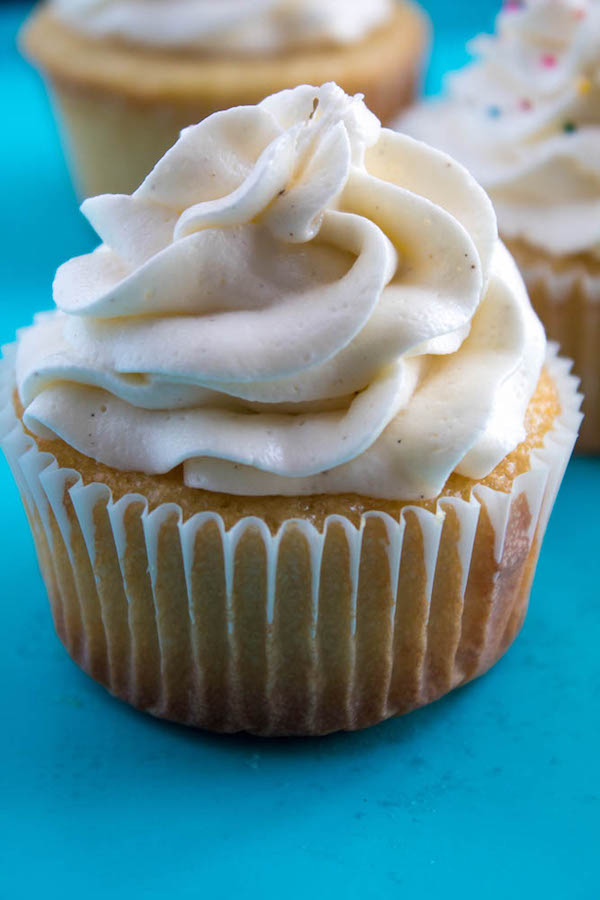 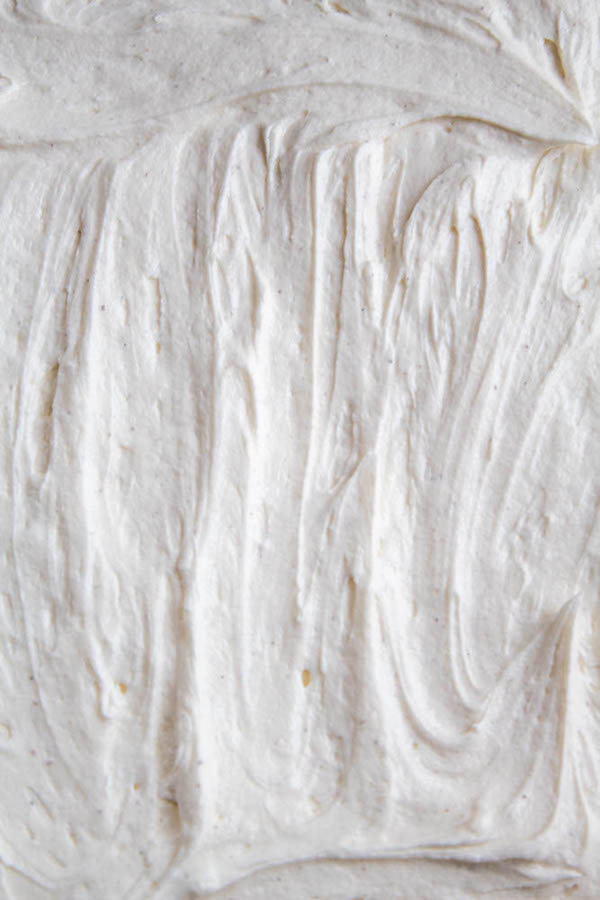 I then added a bit of almond extract because it blends well with the vanilla flavour and gives it a better taste in my opinion. The addition of almond extract won't make your frosting taste like almonds, but feel free to leave it out if you prefer. 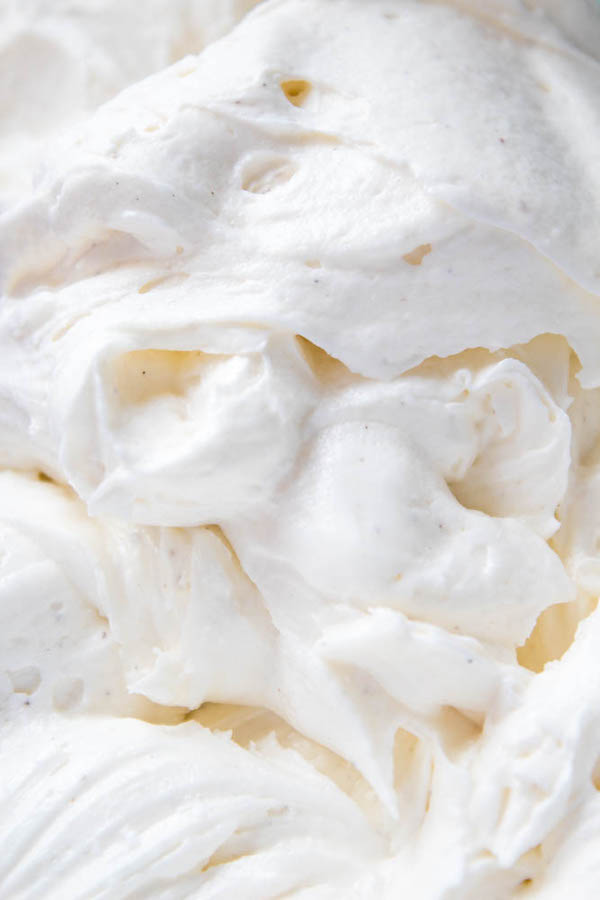 How Much Frosting Does This Recipe Make?

This frosting is enough to fill, frost and decorate a 9-inch layer cake or at least 24-36 cupcakes. If you don't need so much frosting, you can easily cut the recipe in half. The buttercream can also be stored in an airtight container in the refrigerator for up to 3 days, or in the freezer for a few months. Allow the buttercream to come to room temperature and re-whip before using. 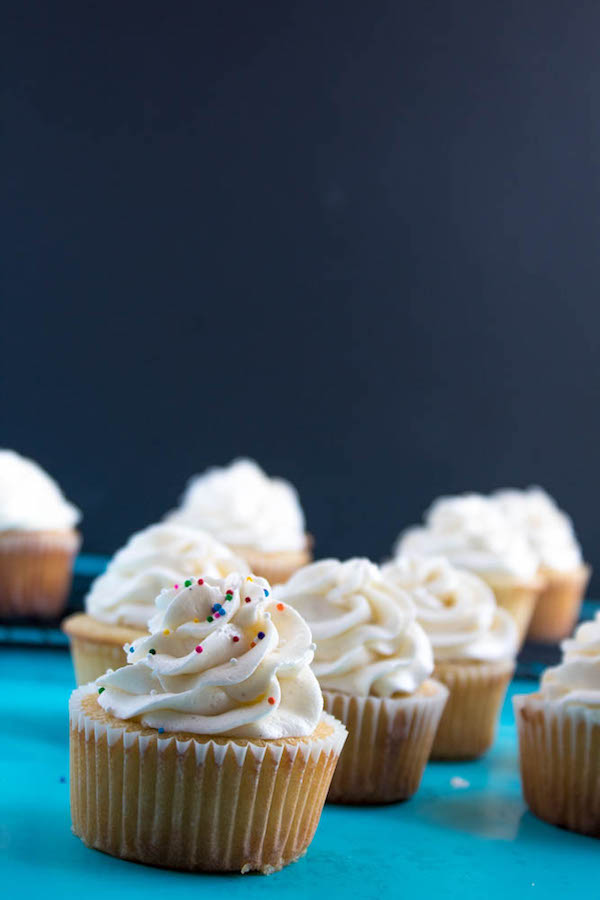 I’d love to know how these turn out for you, so if you make this recipe or any other recipe of mine, come back and leave a comment down below to tell me how they turned out! 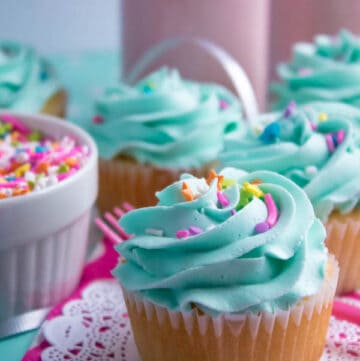 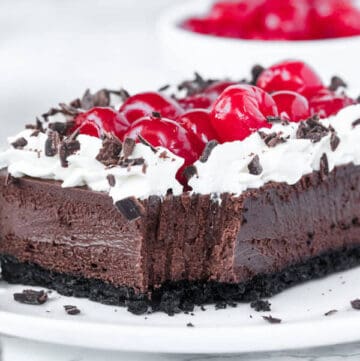 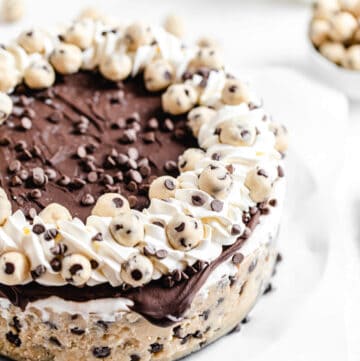 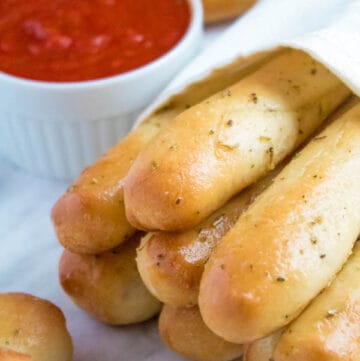