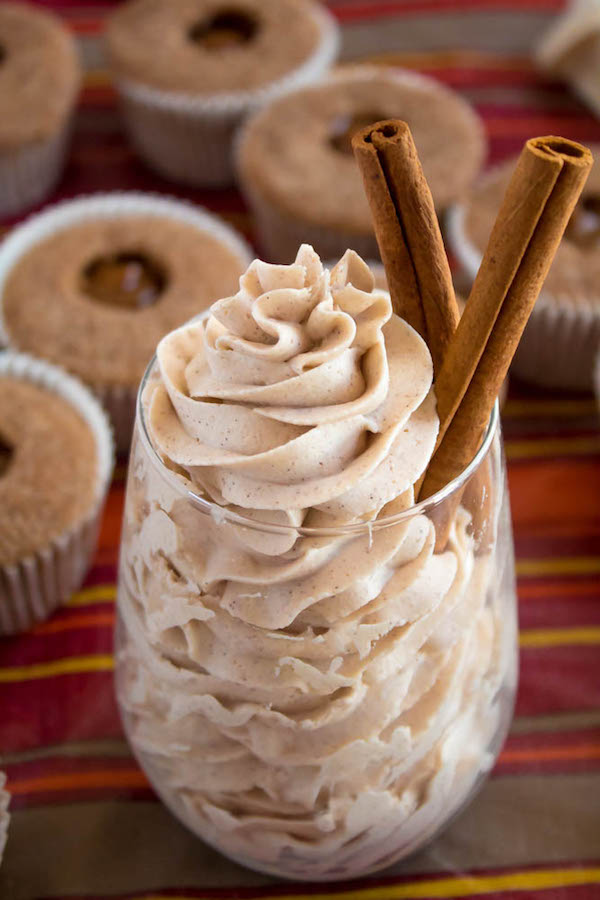 If you love cinnamon, this is the perfect frosting for you. It's incredibly fluffy and silky and packed with warm cinnamon flavour! 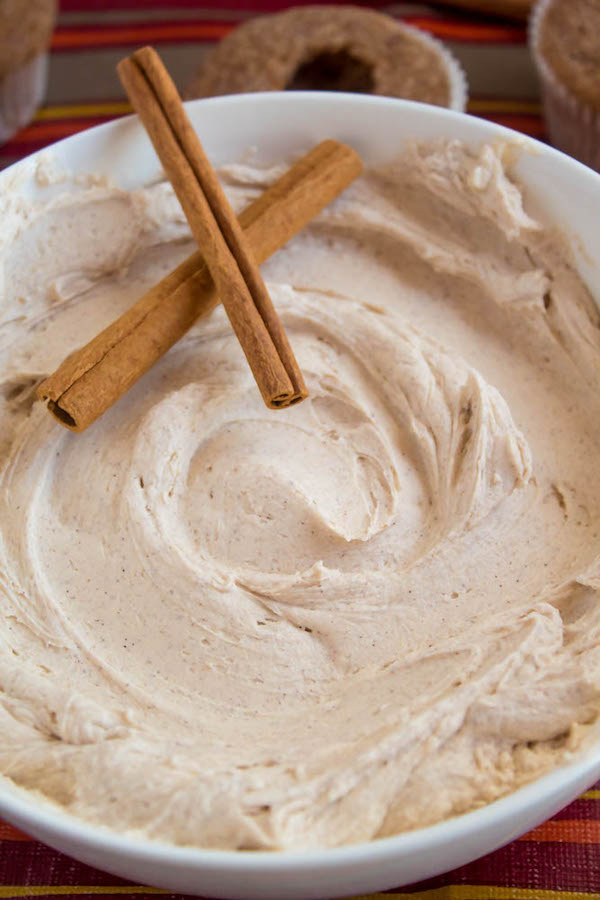 Pretty much every frosting recipe I've posted has gotten really popular (especially my dark chocolate buttercream), so I've decided to share more flavours outside of the basic "chocolate and vanilla". 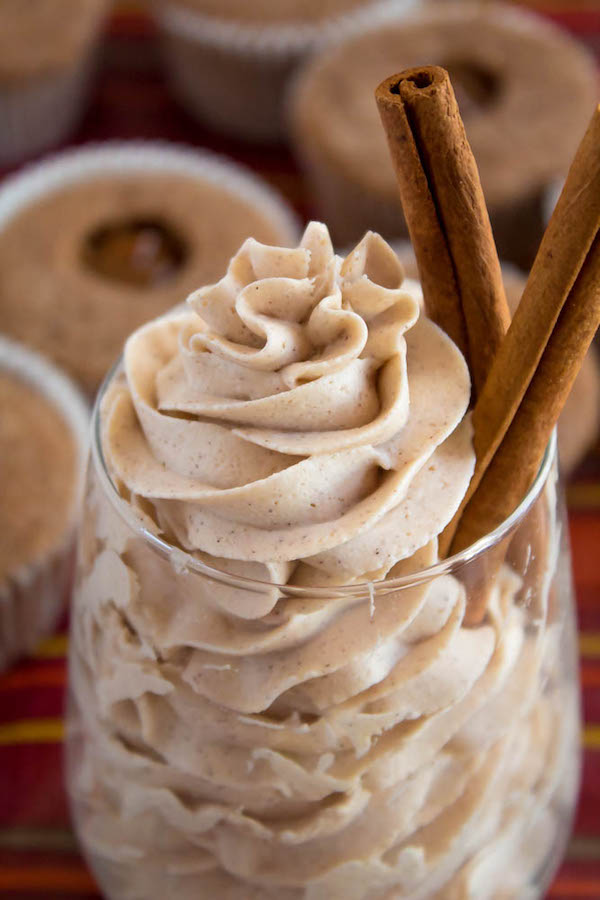 This recipe is the same as my Dreamy Vanilla Buttercream recipe, the only difference is that we add an entire 2 teaspoons of cinnamon to give the frosting a heavenly spice flavour!

It only requires 7 simple ingredients that you probably have on hand already —unsalted butter, hi-ratio shortening, salt, powdered sugar, heavy cream, vanilla and of course, cinnamon. These 7 simple ingredients plus an electric mixer and you’re ready to whip up a batch of this warm, spicy and creamy cinnamon buttercream. 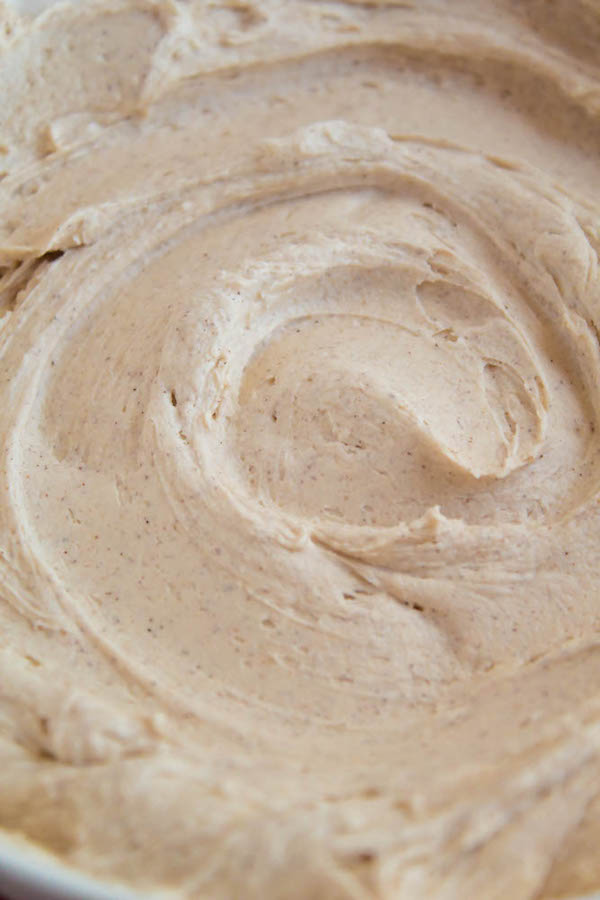 I used a mixture of butter and shortening because it creates a buttercream that is much more stable and holds its shape when piping out designs. The addition of shortening causes the buttercream to form a crust, which means it can hold up in hot weather.

I always use High-ratio shortening in my frostings because it creates a smoother, less greasy buttercream and because it was designed for the purpose of making the perfect frosting!

You can use all butter if you choose, but the frosting may not be as stable. You can also use Crisco shortening, but it may leave a greasy mouth feel. 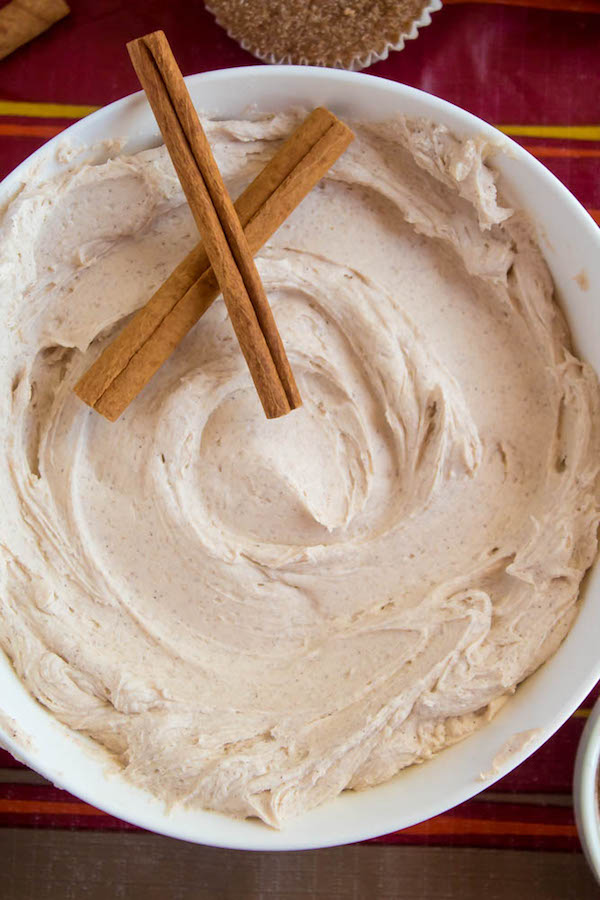 Now usually you can substitute heavy whipping cream for milk, but not for my frosting recipes. I'm sorry, but the heavy cream is a MUST! It absolutely cannot be substituted.

The Heavy whipping cream is what makes this frosting so thick and creamy. I added ¼ cup of heavy cream to this frosting since it's a small batch, but in my doubled batches we add ½ cup! That may sound like a lot, but trust me, it's the perfect amount. You may think the frosting will be too soft and thin, but once we whip it on high speed for a few minutes, you'll have the lightest and fluffiest buttercream you could ever ask for! 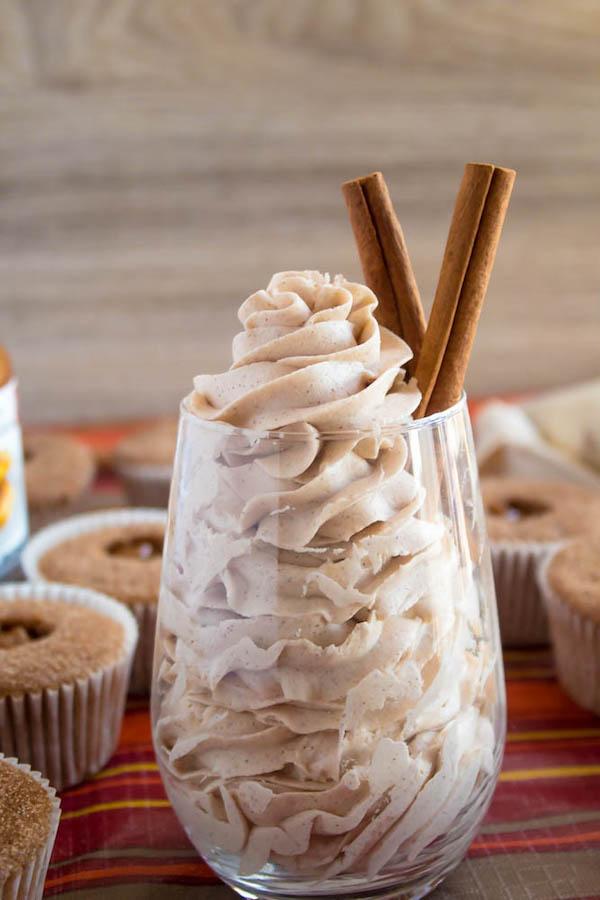 Lastly, to flavour the frosting I added vanilla extract and ground cinnamon. I added 2 teaspoons of cinnamon to get a strong cinnamon flavour. You can add less or even more depending on your taste. Remember, a little goes a long way. 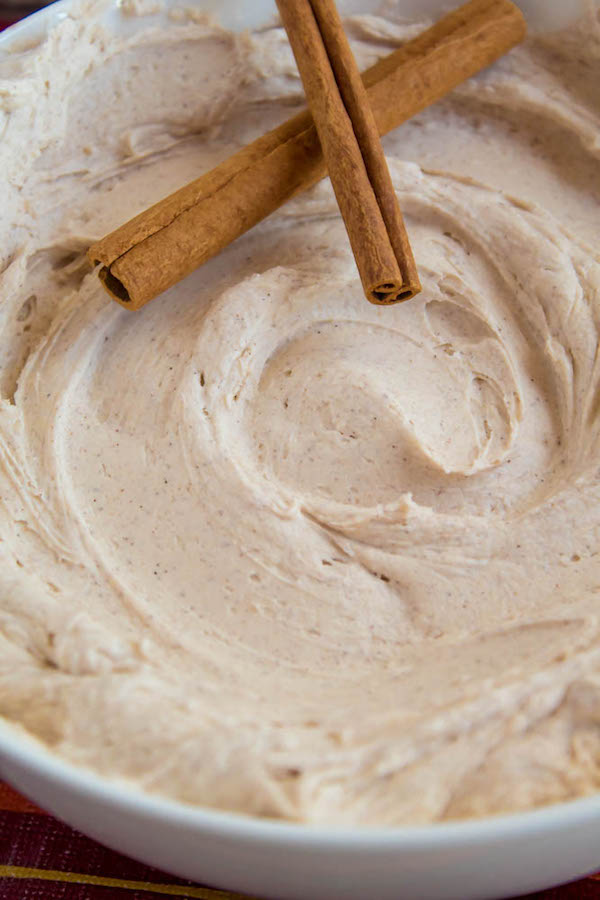 This silky spiced frosting pairs perfectly with all of your pumpkin, apple, banana, carrot flavoured desserts and more! Enjoy!

- Store frosting in an airtight container in the refrigerator for up to 2 weeks, or in the freezer for several months. Before using — allow frosting to come to room temperature, then re-whip in a stand mixer, adding additional cream or milk until the frosting is smooth and fluffy. 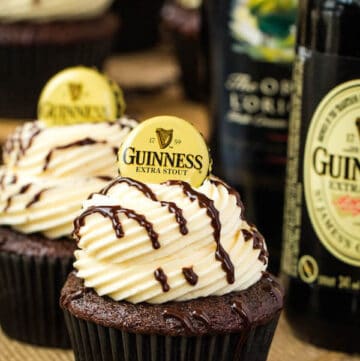 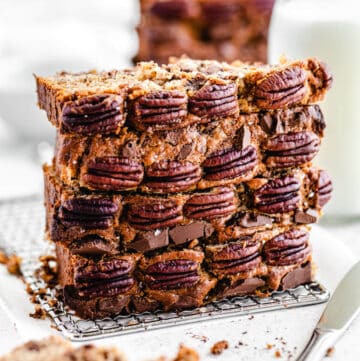 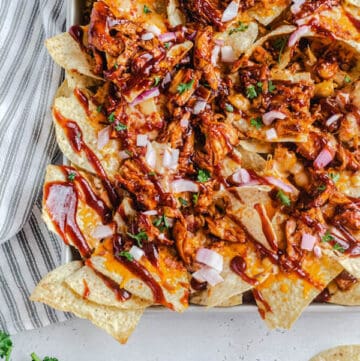