MY FIRST BLOG POST! I've been waiting for this day for about 3 years now, ever since I decided to take my passion for baking to the next level. It's been a long and difficult journey, but I made it and I'm so excited to share all of my amazing recipes (that I've spent MONTHS testing and crying over) with all of you! 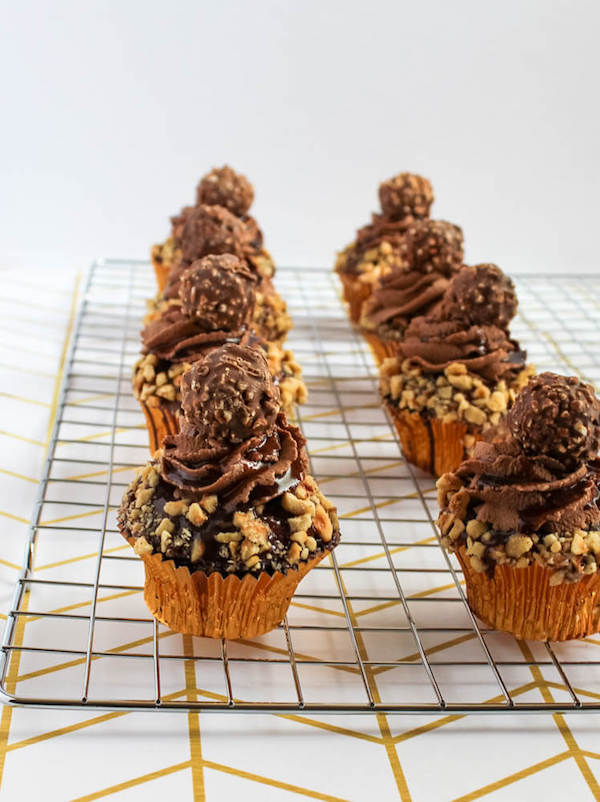 Anyways, speaking of recipes, let's talk about this one. This recipe started off as a basic chocolate cupcake with a Ferrero Rocher stuffed inside and Nutella buttercream on top, but me being as extra and over the top as I am, I had to take it to the next level. 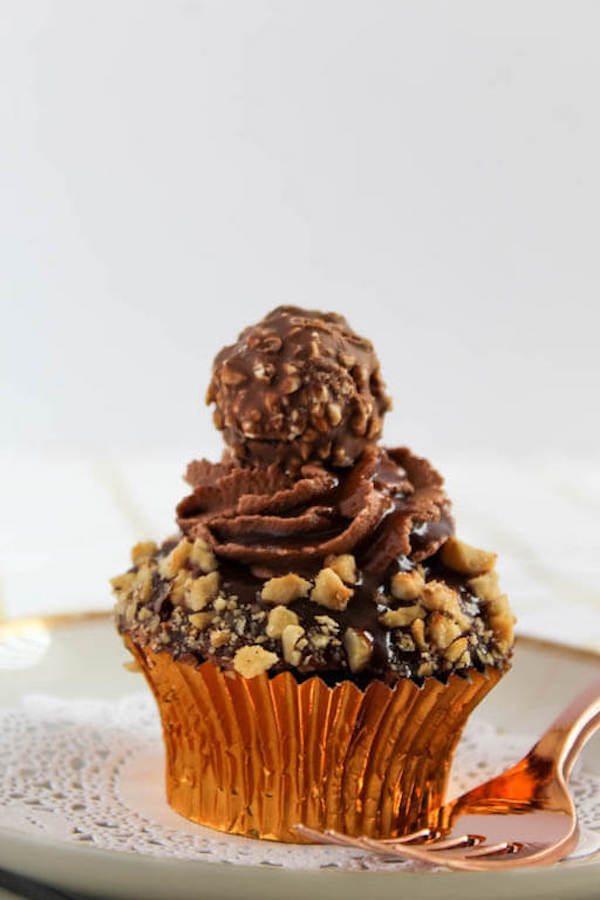 To keep within the theme of Ferrero Rochers, rather than using a basic chocolate cupcake base, I decided to use a mixture of regular all-purpose flour and hazelnut flour in the cupcake to get that intense chocolate hazelnut flavour throughout. Now, if you can't find hazelnut four where you live, or prefer not to use it, you can substitute with the same amount of all-purpose flour. 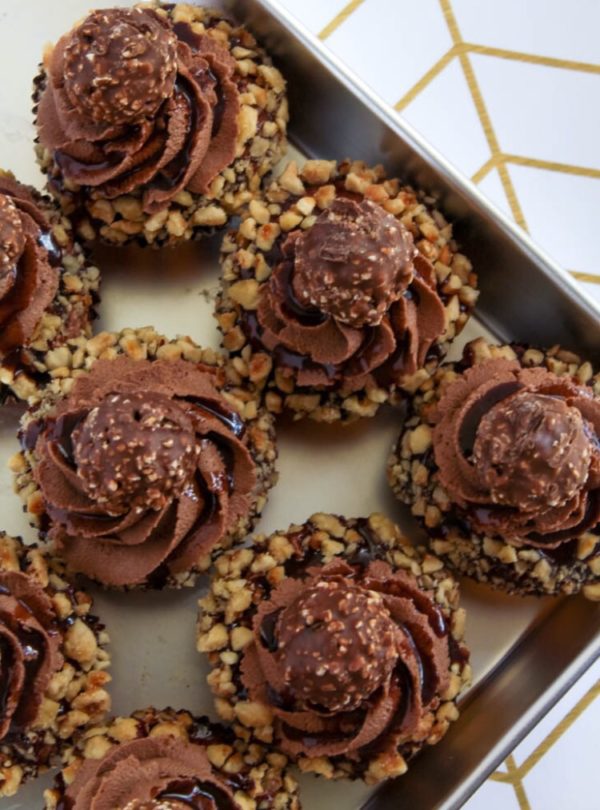 Let's talk about the Ferrero Rochers, this recipe yields 22-24 cupcakes and each one is stuffed and topped with a truffle, which means you need 48. Yikes, I know. You could cut the recipe in half to make less, or you can get this 48 pack of Ferrero Rochers. 48 Ferrero Rochers under $20? Look at God. 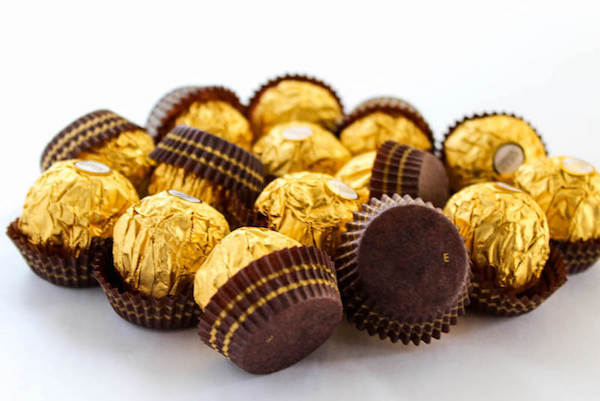 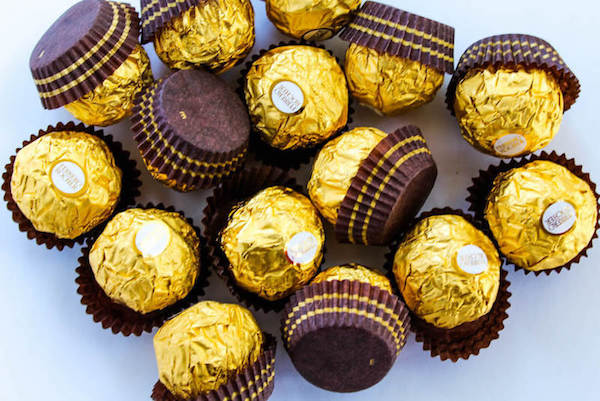 Once the cupcakes are baked and beautiful, we make the Nutella buttercream. Listen, this frosting screams NU-TELL-A. I started with a simple buttercream base of butter and icing sugar, then I added a TON of Nutella because you could never have too much, right? Right? Right. I left out the vanilla because I wanted the flavour to be purely Nutella, and believe me, it is. But you could include it if you wanted that hint of vanilla flavour. 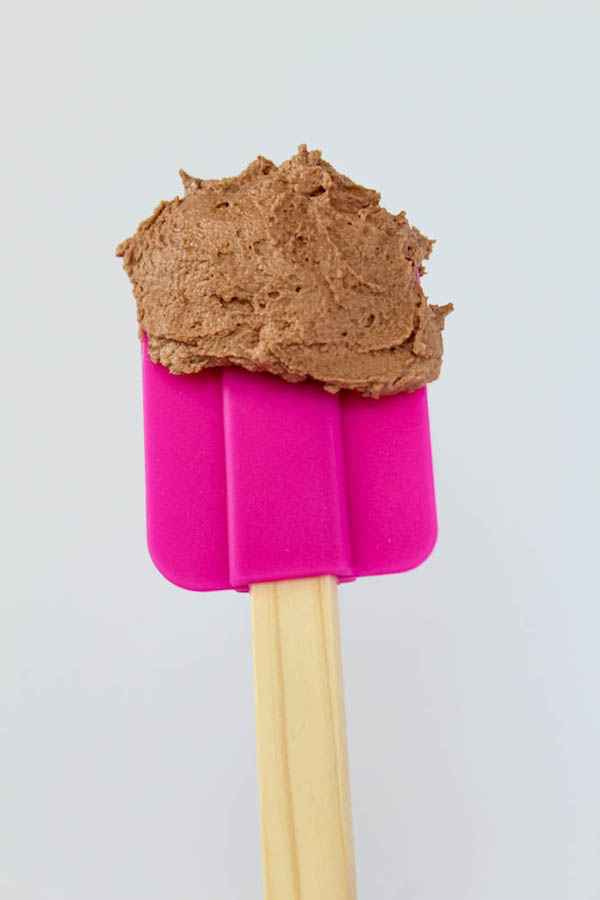 Now let's move on to the Nutella ganache, yes NUTELLA GANACHE! Who knew you could turn Nutella into a ganache?! Matter of fact, ever since I discovered this beauty, I've decided to test multiple ways of creating this Nutella greatness!

This recipe for Nutella ganache is extremely simple though. Nutella + hot heavy cream + corn syrup. Easy! It's made the same way you would make chocolate ganache, just replace the chocolate with Nutella and VOILA! 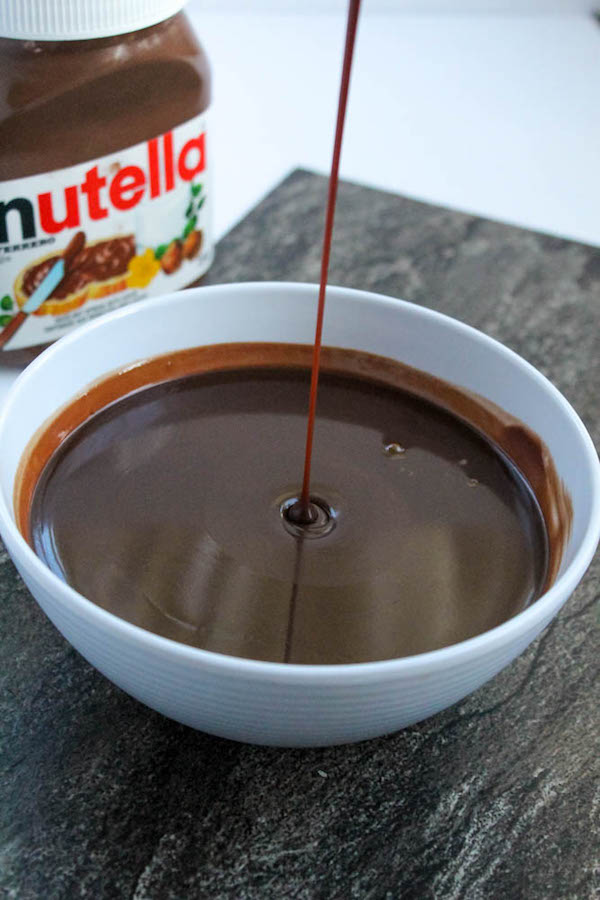 To assemble these cupcakes, I piped a layer of fluffy Nutella buttercream around the cupcake using a large round tip, froze it for a few minutes so it wouldn't turn into a melted mess when we dip them into the ganache. Speaking of which, once the buttercream is solid, dunk it into that silky, glossy Nutella ganache. 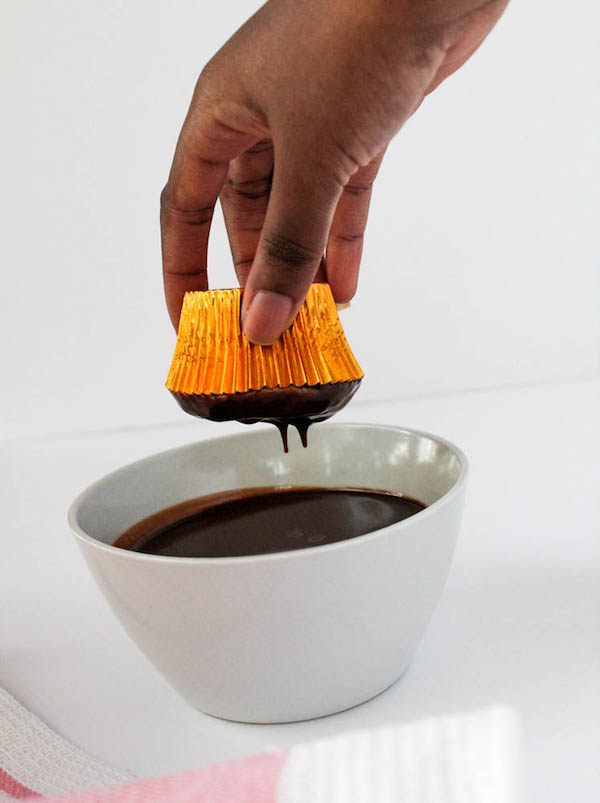 Then roll it in some chopped hazelnuts. 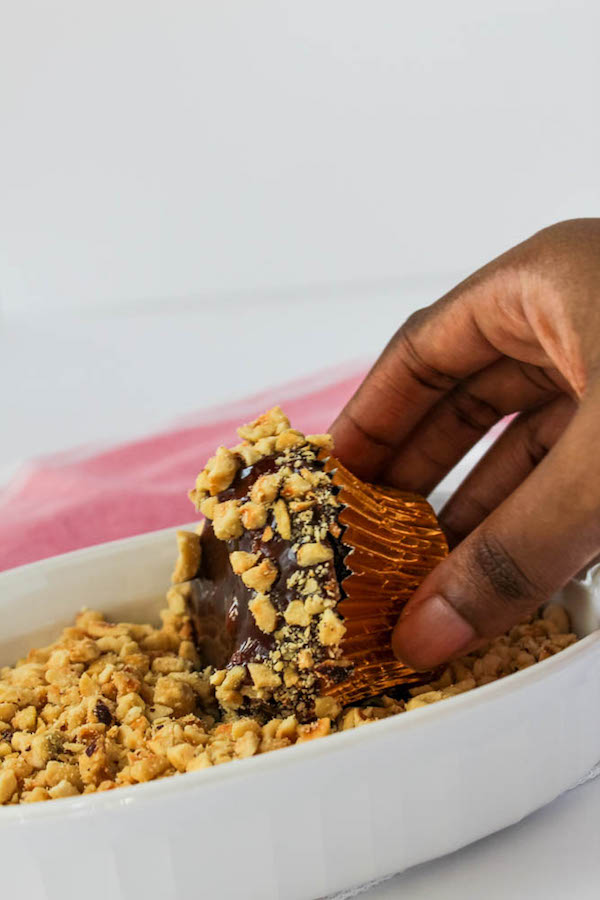 Then I switch to a large star tip and pipe a swirl of Nutella goodness on top. 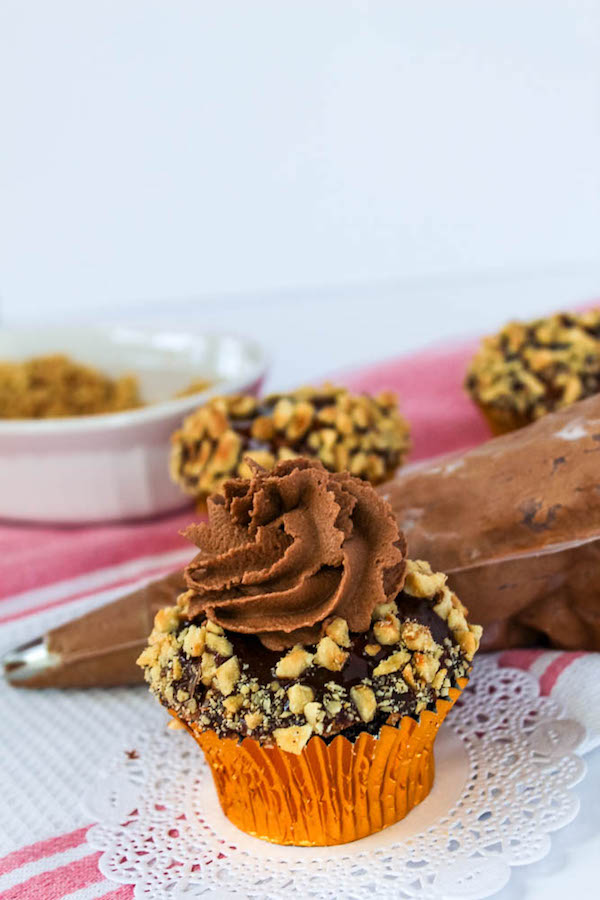 If you have any ganache left, you can drizzle some onto the cupcakes. And finally, top with a lovely Ferrero Rocher truffle. 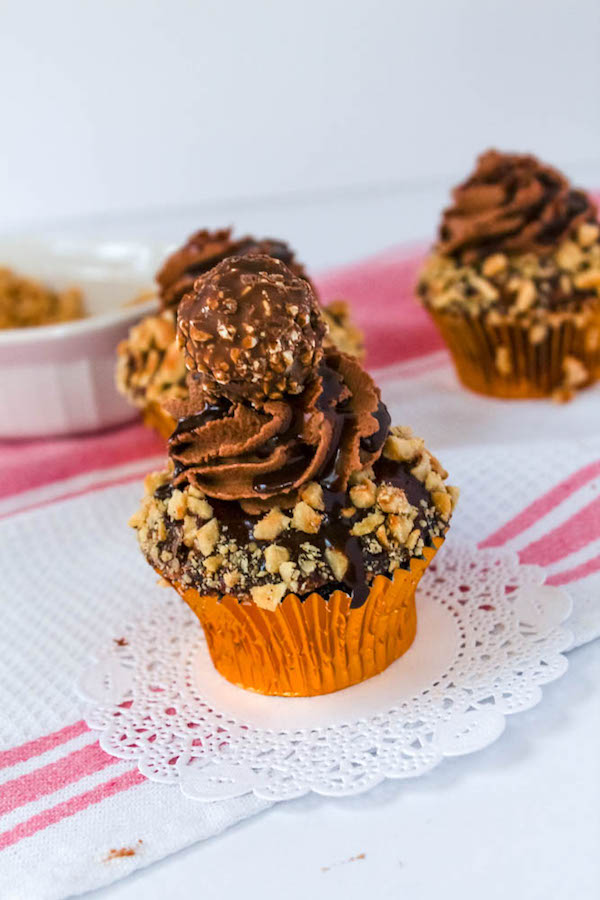 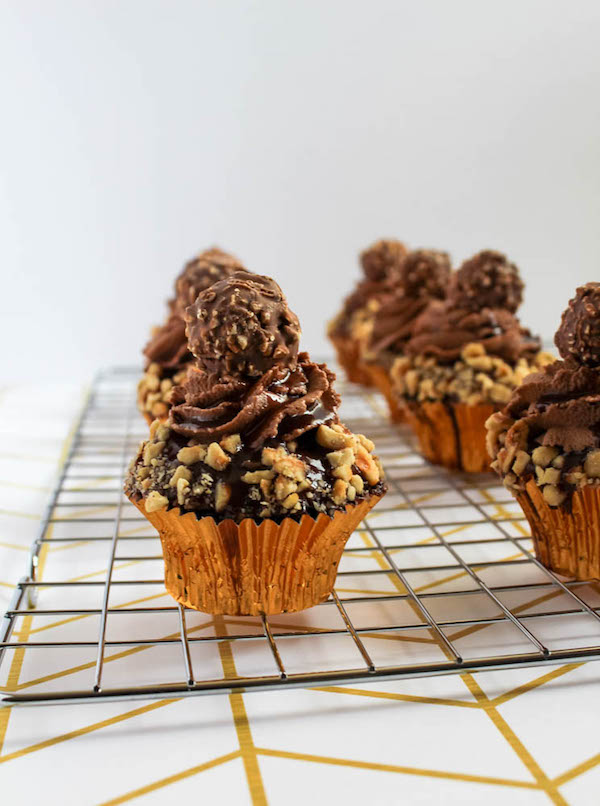 Here are some items I used to make this recipe:

For the Chocolate Hazelnut Cupcakes:

For the Nutella Buttercream:

For the Nutella Ganache:

If you can't find hazelnut flour you can make your own by adding whole roasted hazelnuts to a food processor and pulsing into fine crumbs. Don't worry about sifting, the small bits of hazelnuts adds a wonderful crunch to the cupcakes!

Did you make a recipe? I'd love to see how it turned out! Post a picture on Instagram and tag me @queensleeappetit and use the hashtag #queensleeappetit. 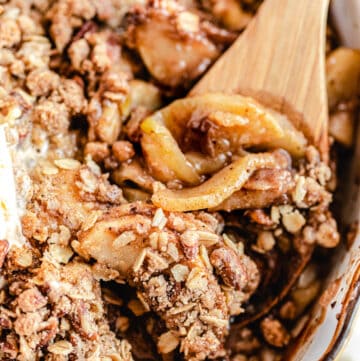 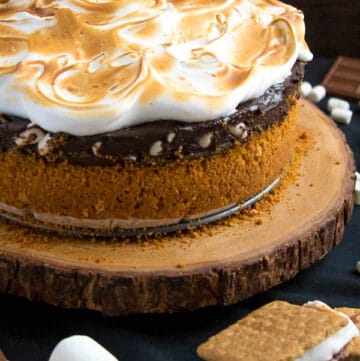 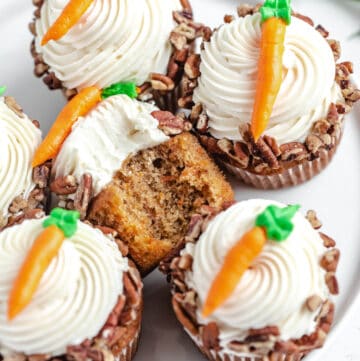 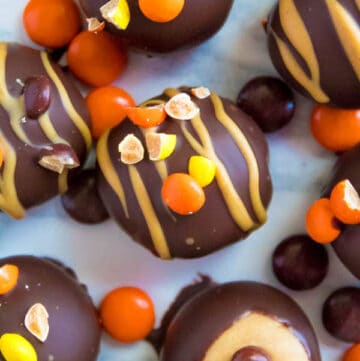