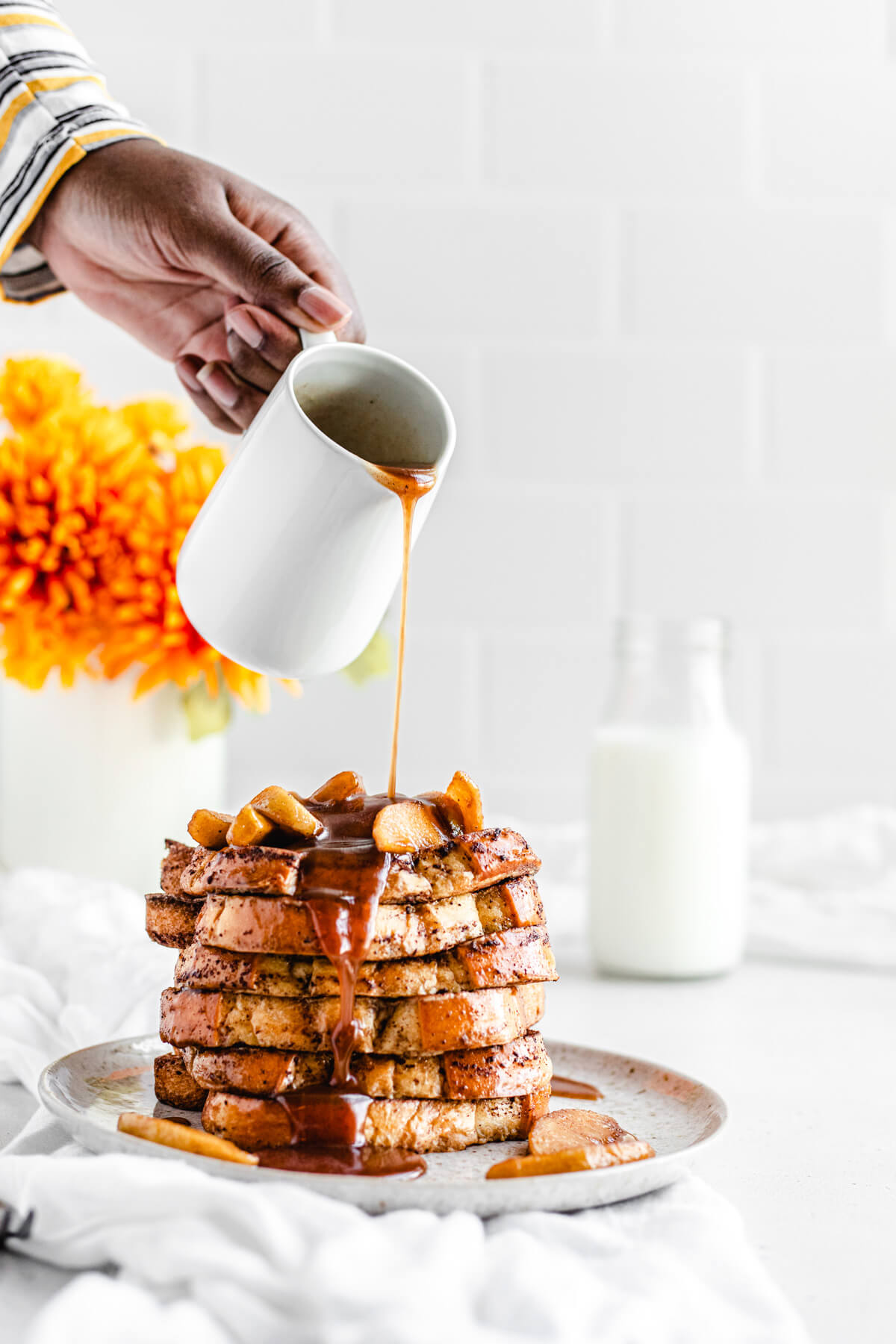 Funny thing happened, while ordering groceries, I ordered what I thought was 5 apples. Turned out, it was 5 BAGS of apples! Any normal person would just eat the apples, the proper/healthy thing to do. But as a food blogger, I’m obligated to turn these 2-3 month supply of apples into something sweet and delicious!

I’ve updated some of my older apple recipes, made some cinnamon rolls, pies, crisps and now I’m making french toast! 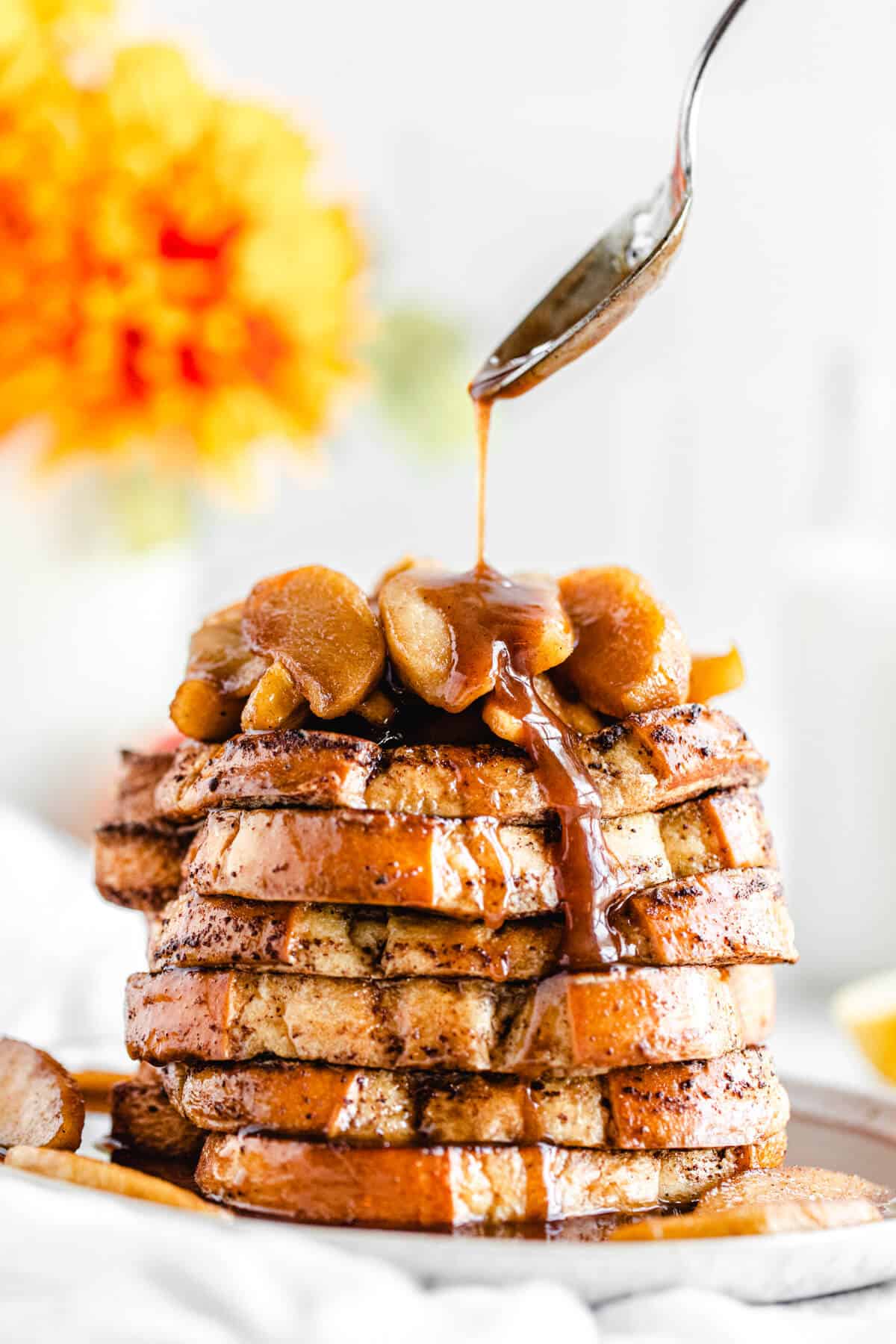 For the french toast, the recipe is pretty much exactly the same as my Best Ever French Toast recipe. This is what we need: 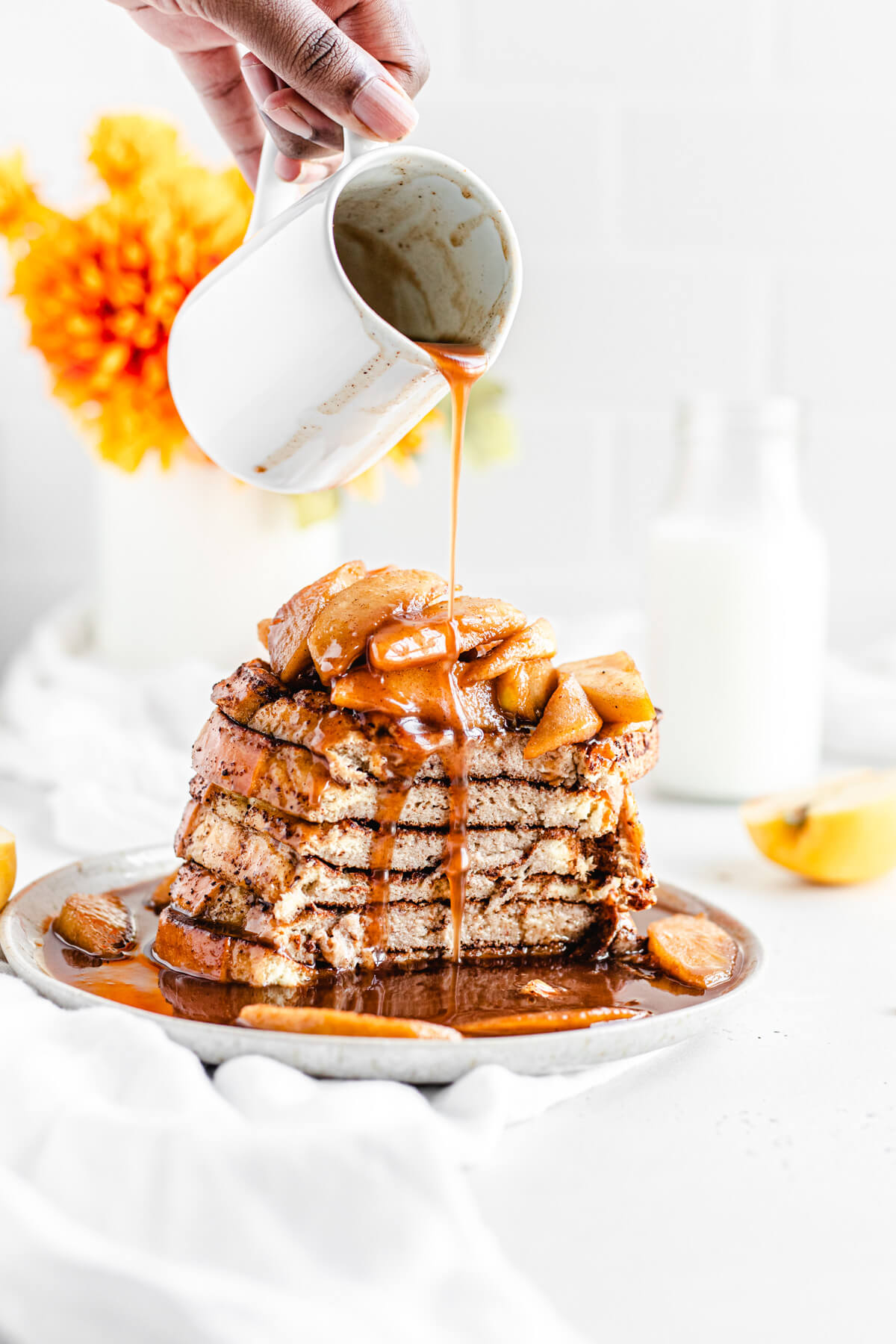 How to Make Apple Topping

I don’t really need to explain to you guys how to make French toast since it’s as easy as dipping the bread and frying. So let’s jump straight to the apple topping, instead!

If you’re a long time reader, this topping may look a bit familiar to you. That’s because I introduced it 3 years ago in my Apple Cinnamon Pancakes recipe! In fact, this entire recipe was inspired by those pancakes. Same idea, different breakfast staple. 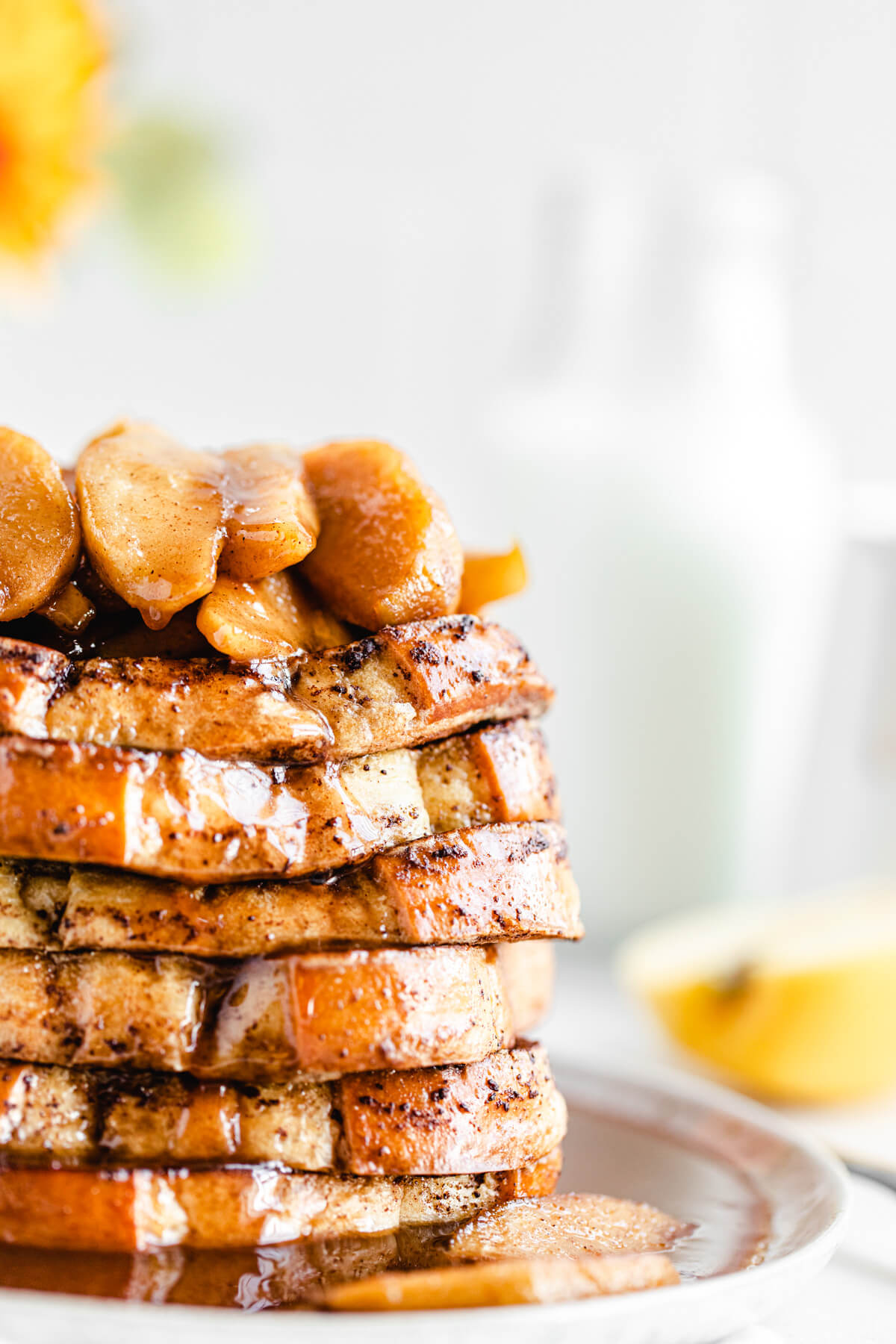 For the pancakes, I diced the apples into small chunks, but I didn’t wanna do the exact same thing for the french toast. So what I did was use an apple slicer to divide my apples into thick slices, then I cut each slice into halves or thirds. I thought these bigger pieces would effect the cooking time in the recipe but it cooked in just the same amount of time! Yay!!

This topping is super simple to make. Like it’s literally foolproof! Just add the butter, apples, brown sugar, cinnamon and nutmeg to a saucepan over medium heat and let it cook until the apples soften. This should take about 6 minutes. Stir in the maple syrup, then spoon it over your french toast! 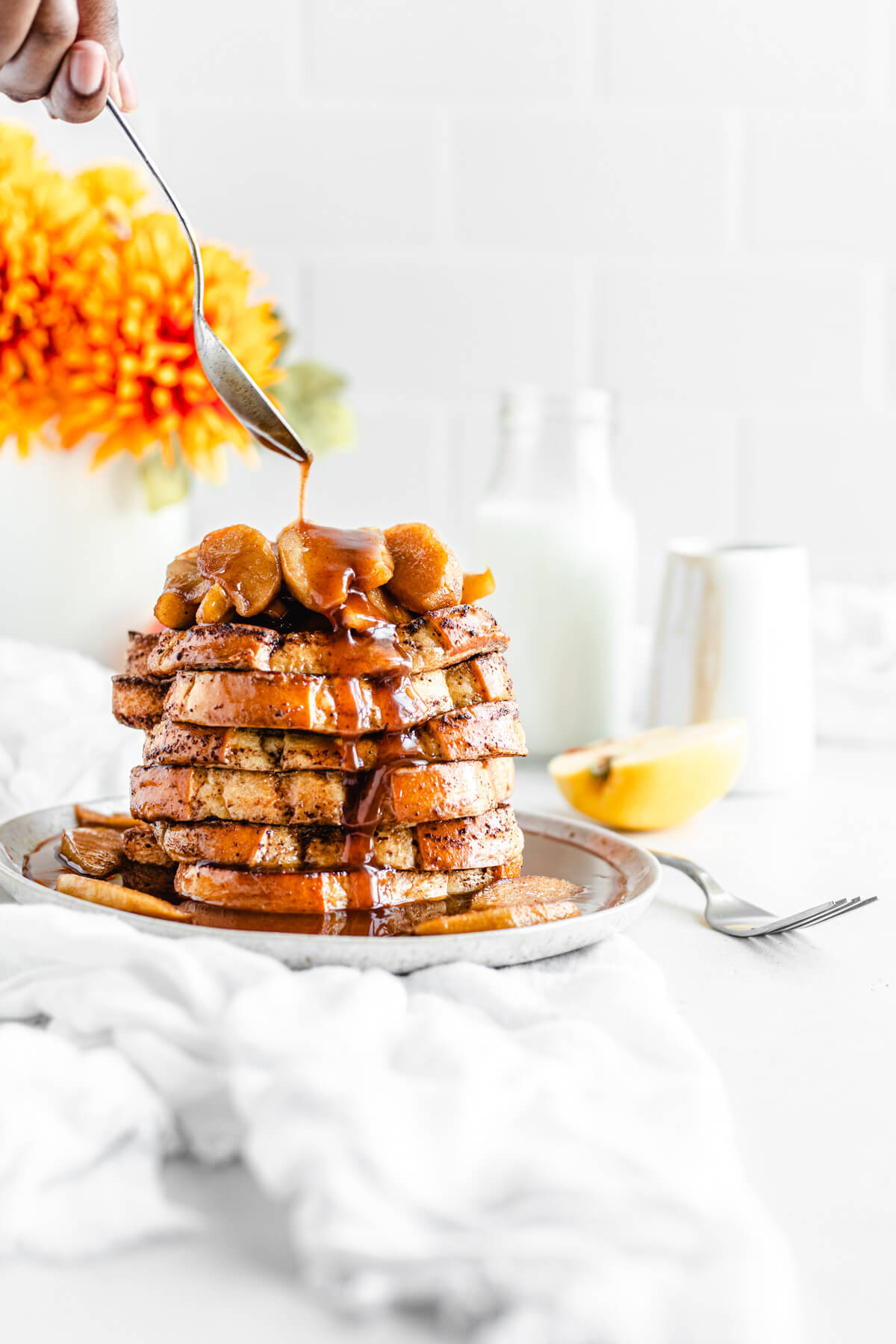 My favourite thing about this topping is that it’s a 2-in-1 kind of topping. You get the soft and warm cinnamon apples, but you also get the cinnamon, brown sugar maple syrup to drizzle onto each slice! 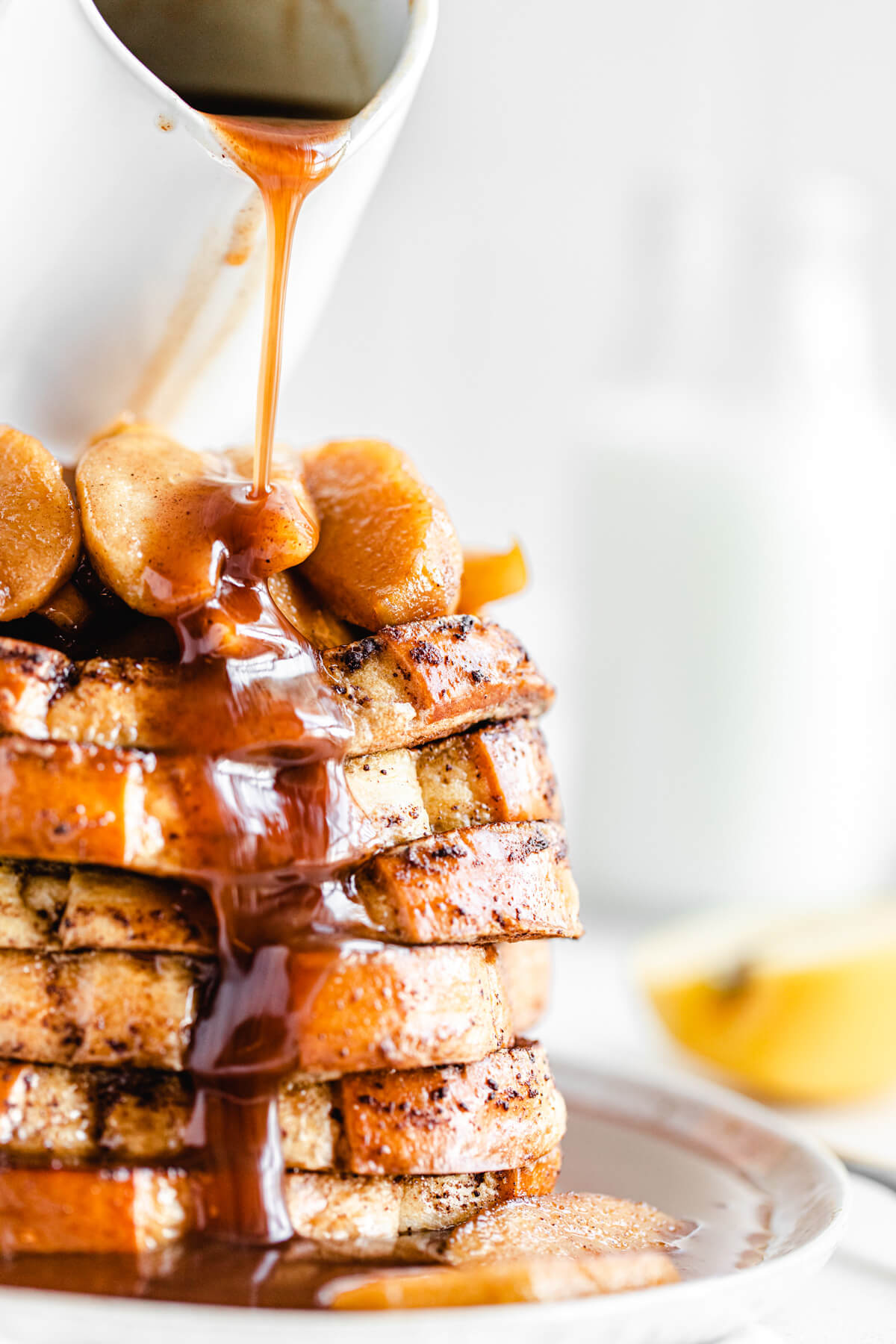 For the French Toast: 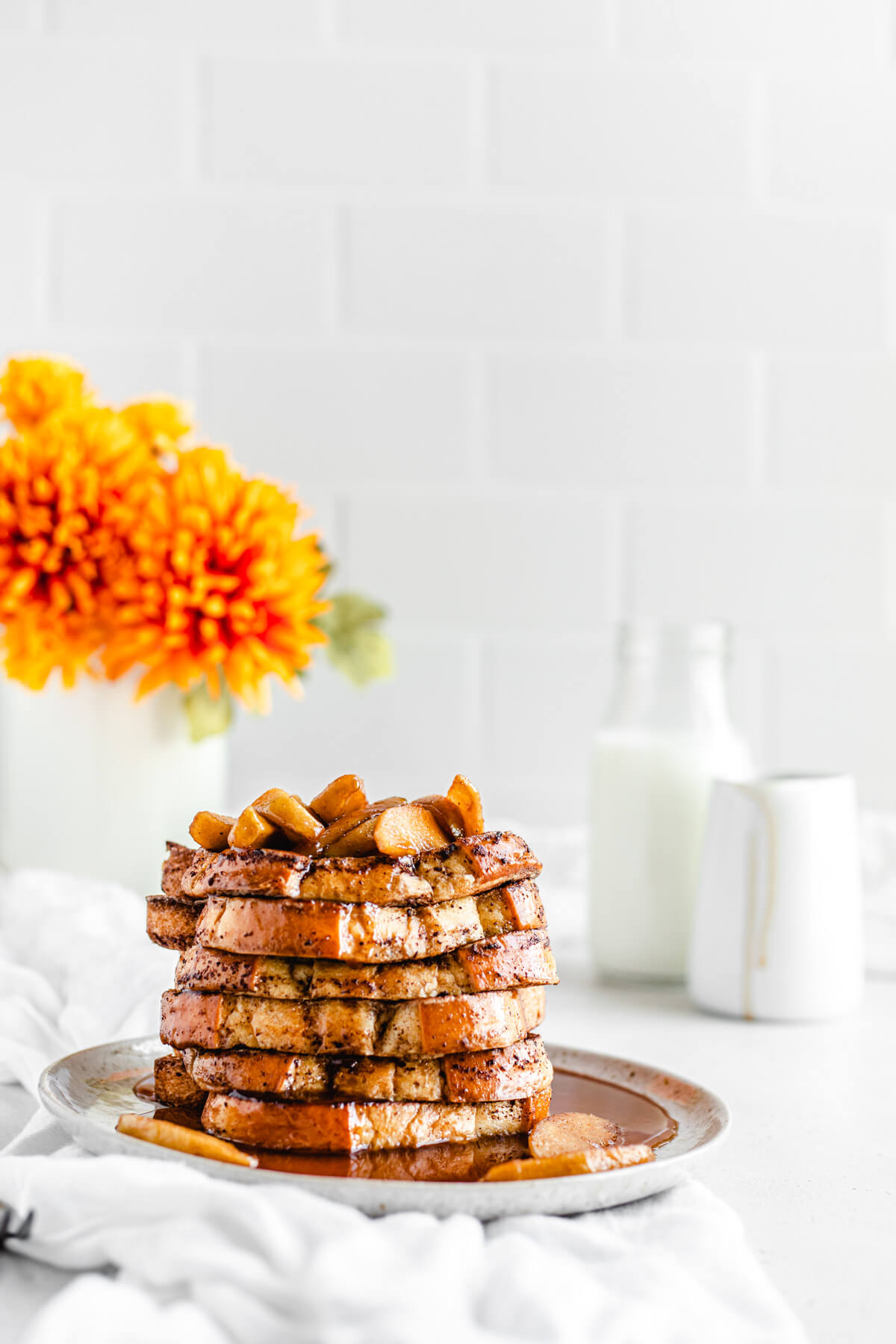 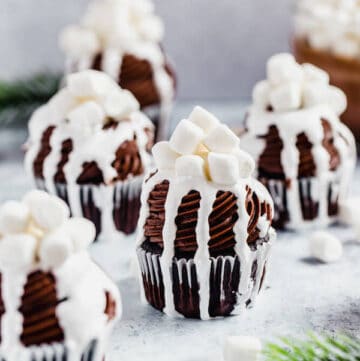 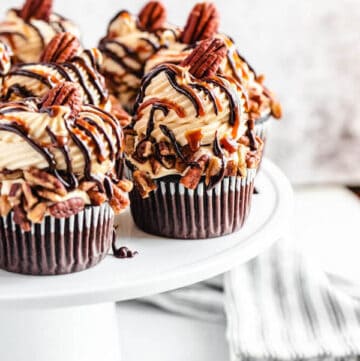 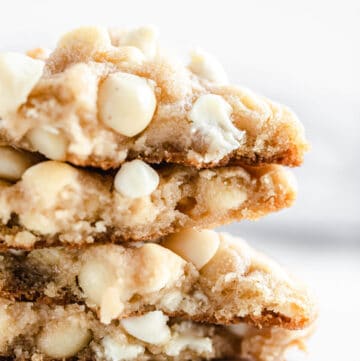 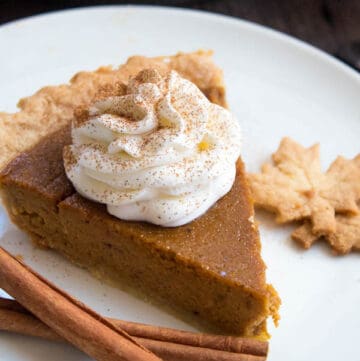